We give volume to your products!

VN is born from the encounter of two professionals, one from the confectionery industry and the other with skills in mechanics and automation.

The result is extraordinary because it combines the experience of pastry and food production with technical reliability. 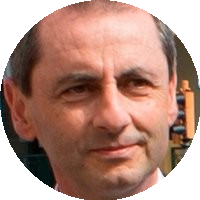 Grown on the traditions of pastry, managing since 1979 the family company “F.lli Viero snc”, founded by his grandfather -who provided his ladyfingers during the first world war- an artisan activity which later became an industrial bakery confectionery. Until he acquired “Delser SpA Industria Dolciaria” (a historic Italian company from 1891 which was initially the official supplier of the royal family of Savoy, then a pilot laboratory for the Barilla biscuits “Mulino bianco”) bringing the group to a turnover of over 15 million euro.
From 2000 to 2006 he became President of “Quality Food Group Spa”, a prime company in the confectionery food field, having contacts with important international groups.
Passionate about mechanics, first with the customization of production facilities, until getting to build machines for their packaging lines. In this phase the idea of ​​a equipment for small-medium productions as HEALTHY VN02 was born.
Married with Elena, three children and a growing number of grandchildren, around the world. 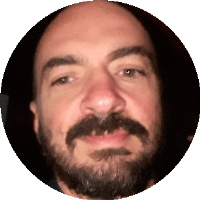 Graduated in mechanical engineering after several experiences in Italy and abroad as a designer, he became one of the two founding partners of VN, as well as the technical manager of the development of VN02.
He also worked as a consultant for the development and sale of plants and automated machines and robots.
He collaborated for the development of the accelerator in Geneva and Oxford, M.O.S.E., Komatsu consultant, etc.
As a designer he has participated in the realization of the furnishings of the Steve Jobs center and has worked for years with a Hong Kong architectural firm.
Always passionate about cooking, with the VN project he managed to combine two of the three greatest passions of his life; engineering and cooking.

Find out more or adjust your settings.

This website uses cookies so that we can provide you with the best user experience possible. Cookie information is stored in your browser and performs functions such as recognising you when you return to our website and helping our team to understand which sections of the website you find most interesting and useful.

Strictly Necessary Cookie should be enabled at all times so that we can save your preferences for cookie settings.

If you disable this cookie, we will not be able to save your preferences. This means that every time you visit this website you will need to enable or disable cookies again.